In remembrance of Virgil 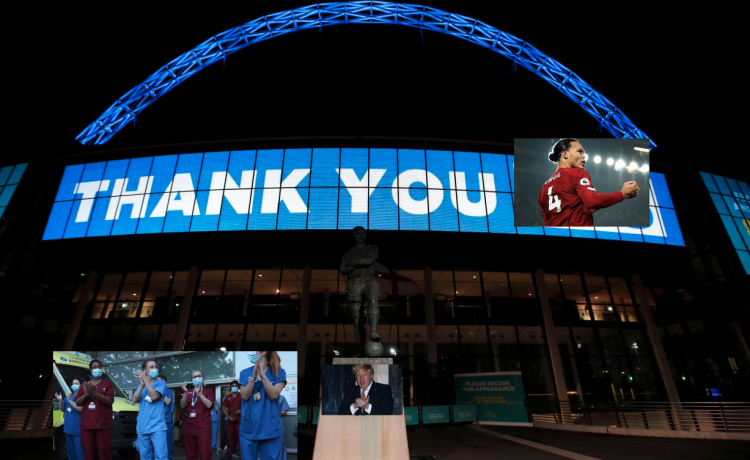 Fellow football fans, we’re gathered here today to remember the life and times of everyone’s(?) favourite world class defender! Virgil sadly was killed by a fellow footballer this week, during a hot blooded affair in which Jordan Pickford stole the life of the BEST CENTRE BACK in the GALAXY, and let us not forget trophies such as the highly coveted World Cup Trophy, funded by the very nice Bahrain and Saudi Arabians, both of which maintain an equally high status on Human Rights Watch because of their niceness.

The Red Echo provided us with a touching tribute as they invited eulogies for the recently passed VVD via the INTERNET no less, we do hope they have 4G in heaven for Big Virg.

The lack of self-awareness found by the absolute best fans in the world this week has reached new highs, because of course they don’t do lows. We watched as a life of promise was taken away from Virgil by a clumsy goalkeeper known to his own fans as a liability — Not only to his own team but now to others! This outrage is almost biblical, which reminds me of the following passage from the good book “As for you, you meant evil against me, but God meant it for good, to bring it about that many people should be kept alive, as they are today.” but wait, Virgil he’s not dead? He is merely injured! TIS BUT A SCRATCH!

As 2020 comes to a close, some of us will be hurt from genuine pain, the loss of a close ones actual death, losing people to a pandemic and comparing this to the injury to a professional footballer may seem crass, and in some senses it possibly is, I concede. This player will have the elite medical staff watching over him 24/7 until his return to what is referred to as ‘elite sport’, in 2020 we craved for football to return and it did, without fans, without clamour or passion from us to able serve the righteous indignation on the players we so love. I should list a number of incidents involving LFC and ‘the wrongdoing’, goals ruled out, injuries, sending off. We hear so often ‘it’s part of the local derby’, indeed it felt like for a lot of blues 20 years of injustices incurred had been redelivered inside 90 minutes, sorry 95 minutes.

I expect we’ll be standing on our doorsteps this week to clap for VVD as we remember his work he did for the community.

Liverpool FC are a corporate submarine, emerging every so often to remind everyone that they are a football club built on socialism and not the absolute Big Picture we’re seeing oh not at all, they don’t try to furlough our staff to a Tory government, no we don’t do that sort of thing around here, not here in Liverpool or in Bahrain. They don’t unsettle players to force a move, no way. They don’t issue apologies to clubs either, no way.

It’s like no club near to Moneyball FC have every had season ending injuries, or had goals ruled out or had a wrong red card handed out, the lack of self-awareness and righteousness demanded is a reflection of the success they’ve had off the pitch and financial rewards that come with winning trophies. Most normal blues would be rightfully annoyed at having a goal ruled out in the 95th minute of a derby, and an injury to a player, this is not the question, the problems are the fans in that a responsible adult doesn’t take to social media and wish death on the players, or use racism as a way of edginess. The Emojipool fans know what I mean, anything for a response whilst riding the crest of anger is all they have to gain 15 minutes of fame. The effect the club, or the corporate version of LFC have on the City of Liverpool is very different than the effect the fans have on, whether it be setting fire to listed building, or ignoring warning on social distancing during arguably the worst pandemic in most people’s living memory, which as a point the NW is now the most prolific infection per 100k, so congratulations on being top again Liverpool.

So, in the week following this incident, we’ve seen racism, we’ve seen death threats, we’ve seen rage unlike anything from the mighty Emojipool, some of the injustices served to them at L4 had been coming for a number of weeks following a mauling from the Villains, is this the start of justice for many other teams who have been ‘done’ by Righteous FC?

We can expect a response of legal proportions toward somebody, anybody! it is an absolute certainty that legal proceedings against Everton or Pickford are likely already in motion because of course Moneyball is HERE.