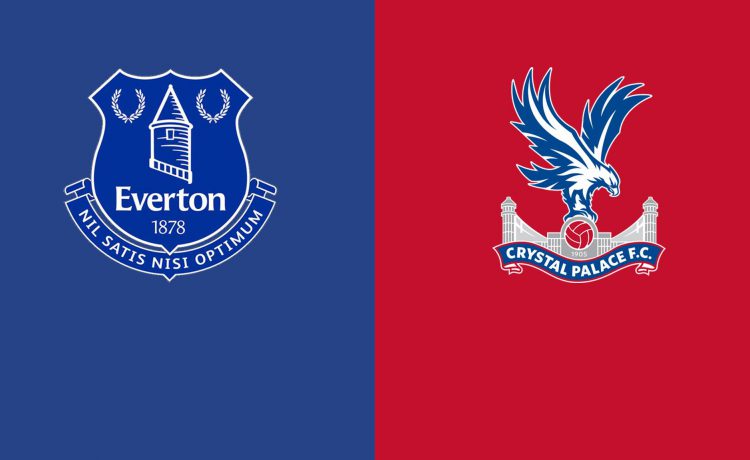 3 defeats on the bounce doesn’t even hurt anymore does it? Everton are just a team that has a run like this these days. It’s just where we are now, and where we sit in the football world. Defeats to teams like Man United, Spurs and even a very organised Newcastle these days takes me back to the days of Farhad Moshiri’s famous ‘expected defeats’ line.

But if i’m honest I’m not shocked we lost our last three games. All, sadly against what can only be described as teams better than us these days. As shit as that is.

Against all odds, there are still positive signs though. We are harder to beat (when we aren’t shooting ourselves in the foot of course), we aren’t getting run through every game like we have seen before, and they do say when fixing a team, you start by sorting out the back. Which is great as we do seem more solid back there.

However, no shots on goal in 3 games is absolutely shite. But the manager knows it.

With old Slippy getting the boot at Villa, and a certain Pochettino being available at the moment, there are certain fans out there already to get their guns out for Frank Lampard. In a way you can understand it, we don’t look great, we only have 1 more point than Villa and they booted their manager, and let’s be honest Lampard is far from perfect. Weird subs, questionable tactics at times, but and this is a big but (and I cannot lie), I highly doubt we’d get anyone better right now.

Frank is ok by me, and seriously, Everton cannot keep sacking managers at the first sign of something shit going on. Oh no, we lost to 3 teams that are clearly better than us. Someone call the cops. Get over yourself and support him and the team.

The team which is still lamented with players from the past failures. At some point we have to give a manager the chance to build everything. So why not now? We are starting from the lowest of the low as last season was. Honestly, some expectations of where Everton currently are need to be seriously lowered by some of our fanbase.

If we finish fucking 13th this season i’ll be made up mate.

Forgot Jonjo Kenny was ever a thing.

Anyway, that was a great night wasn’t it? I mean it was horrific also, but was also great. Can never ever happen again like, but I said this in 94…..and then again in 97….look I mean it now. It can’t happen again.

Palace though, are a decent if inconsistent side, something we truly aspire to be these days. Patrick Vieira was never, to my knowledge, linked with Everton at the time, but i’m not sure why other than Moshiri’s weirdness about Benitez. He’s an intelligent bloke, and you only need to look at some of his Palace signings like Eze and Olise to get his vision for his team. Young and quick as fuck. Add the experience of Zaha and a reasonable defence it’s easy to see why they give most teams a game these days.

They’re coming off a comeback win against Wolves….but they did let Adama Traore score so clearly have some issues Everton can exploit.

Guita in nets. Can pull off spectacular saves, but then also pass to the ball to the opposition striker. He’s one of them.

At the back Johnson and Ward aren’t that great at full back, but Anderson and Ghuehi are a strong centre back duo.

Then it’s usually a midfield 3 of Schlupp who feels like has been about for 33 years, a different/better/shorter Doucoure than ours and Eze. A midfield that did look better with Connor Gallagher in last season.

And a forward 3 of Zaha, Olise and Edouard or Ayew depending what they feel like.

It’s a dangerous team. But one that doesn’t always travel that well.

As for your Everton, changes surely have to be made. While there’s no shame being outplayed by better teams, it’s, you know….nice to test the opposition goalie a few times in a game. Wacky idea I know. I don’t blame that all on the manager either. At times in the last couple of games we’ve looked very Nottingham Foresty with 11 strangers unable to keep the ball for more than 2 seconds. That can’t be put on the boss.

At the back, Myko and Coleman out for Vinagre and Holgate for me. Why not? Tarks and Coady remain sound as fuck.

In the middle, now then, someone tell me, Gana wasn’t bought back to play every single game was he!? He’s about 100 years old. If ever James Garner was going to get a game surely it’s now? I dunno, Onana, Garner, and Iwobi as a 3 doesn’t offer loads of protection, so maybe our Doucoure comes back in too? We have options aplenty in midfield these days so it’s a bit weird that it’s been the exact same for the last 3 games at the start.

Then there’s the winger types. Fuck me, Gordon and Gray are a waste of time sometimes aren’t they? Gray to be fair you can see the effort is there, but we all know he’s inconsistent as fuck, but can pull something out of his arse on occasion. Gordon however, fuck knows. £60m bids seem a long time ago now. Saw a stat that he had the same amount of bookings this season as he’s created chances. Shouldn’t be starting right now the kid. McNeil deserves a chance to show he’s not what a lot of our fans fear he is.

DCL up top….but maybe with Maupay.

I realise i’ve chosen too many players above, but maybe we’ll get more attempts if we try that out.

After the three tough games we just had (fucks sake when did Newcastle away become a tough game?!) we know have a kind run of 4 games before the world cup, and they really will show us where and what we can actually do this season. If we beat the teams around us we’ll be sound. So let’s start with that.

I still have faith, which may be blind, in Lampard and his team. The players seem to like him too, so if they don’t want to see him put under pressure which is slowly building as it does, then they need to sort their fucking lives out and remember what football is all about…..scoring goals. Preferably more than the opposition.