Don't worry about the league....we're winning both cups 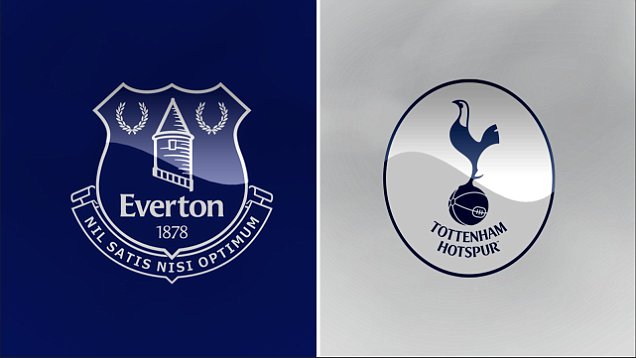 Hmmmm……..I hated that Brighton game. For me, it wasn’t even Marco Silva’s fault (well not entirely) that we lost. You just knew VAR was going to fuck us over. And there it was. Absolute nailed on pen…..to go against us. In what world was Keane meant to see where his foot was while he was looking at the ball!? Mental. As for Digne….we all love him….but he does have moments like that doesn’t he?

Anyway, madness aside we were still shite. DCL slotting from a decent move after Mason Maldini sliced him through doesn’t hide we were shite, and lost away from home after conceding first again. Circumstances don’t hide that we do this ALL the time. If we concede first, we simply cannot win. We need a manager who can change this.

Then we play like actual dickheads for 65 minutes in the cup on Tuesday night. Watford could barely be arsed to turn up, so Silva played a teenage striker out wide for no fucking reason at all. I’m so pissed off with that. I mean I might not know the whole story, but it’s so very very Everton to take one of the hottest, most sought after young strikers in world football and turn him into a shite winger in less than 4 months. We are so talented.

Anyway, we won and played half decent after the 65th and take our place in the quarters of a cup we never fucking win. Leicester will visit us and probably fancy getting 10 against our lot.

But enough of that, everyone loves a cup run, but we are still way down there in the league. We need some points badly. We are still in a position where the league is very tight. A couple of wins and everything looks a bit rosier pretty quick. We need some wins at this time or we’ll struggle.

Spurs dicked us at home last season, as Jordan Pickford commenced his 4 months of being a proper twat that he’s not really recovered from, and despite us taking the lead we got proper shafted. I think this game was a wake up call to a lot of fans that the sun actually doesn’t shine out of Marco Silva’s arse as Farhad and the gang might have told you. He’s not recovered either.

I just can’t feel sorry for Spurs and their not so good season this time. I’d swap nearly all our players for theirs, their manager, their stadium (just shift the geography a bit), and i’d fucking love to get twatted by Bayern at in the Champions League….because we’d be in the Champions League. Imagine that. Spurs need to fucking remember where they were before people feel any sort of sorry towards them.

Anyway, they have boss players all over the pitch.

In nets, Gazzaniga is deputising for Lloris. He’s not that good but played real well at the pit last time out.

At the back Danny Rose and Aurier can definitely be got at. Belgians in the middle and a Colombian that isn’t Mina.

For some reason Christian Eriksen doesn’t start every single game for them. He always scores past us though, so expect him to play. Sissoko proves that Koeman wasn’t that mad of a bastard and he’s done decent at Spurs really, Harry Winks is not the next Iniesta despite what London press might tell you and Ndombele is really ace. Just not settle yet.

As for Everton the two above have somehow become key to us. Richarlison is the great hope. And Walcott is having some sort of mid life crisis and finishing his life with a flourish. And fair play to him. He’s not perfect of course, none of our players are. But he offers something a bit different at least.

Pickford will start in nets, and we are at that time of the year when he needs to give his head that wobble or we will all start to despise him, many do already. But what competition does he really have?

At the back, Marco Silva was fucking stupid to play Mina on Tuesday. He’s been our best player this season and played great again until the injury cropped back up again, and god knows how long we’ll be without him now. Good job Mason Holgate is showing he may well be the real deal after years of promise. Michael Keane needs to go back in time to last season.

Digne had his annual brain fart last weekend, and on the right. I’m sorry Seamus. One of the best signings we’ve ever made. Or ever will make. But the Phil Neville clock has ticked my friend, and it’s time to make way. Sidibie won the world fucking cup for christ’s sake.

Midfield, Gomes is showing flashes (not enough for me like), and Davies was unlucky to miss out midweek. Delph and Gomes the likely two.

The Iwobi vs Sigurdsson debate is an interesting. And a more interesting number 10 debate than a fucking general election ever will be. They are such different players, it’s hard to choose who should play there.

Richarlison wide with fuck knows who, Tosun probably because Silva is a lunatic, and a striker in the middle. It matters little who it is.

I’m probably a bit lost on where I am with Everton, Marco Silva, strikers and Leicester in the cup at the minute.

If you asked me right now, i’d happily take 16th place a cup. But that would mean us not being nobheads in the cup. And i’m awaiting the nobheads to come out.

So to sum up. We need league points. Loads of them. Spurs are decent though. And better than us.