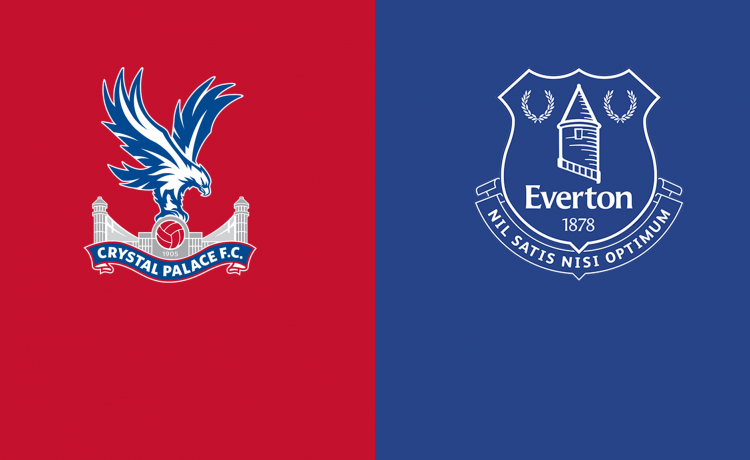 On every rare occasion that Everton win this season I hope against hope that it will be the big win that will kick-start the season and finally getting us moving in the right direction. Thus far each of those wins has been a false dawn and the momentum we thought it could build has been lost. However, after being in a rocking Goodison on Thursday Night I am once again starting to hope. Everton has a way of doing that to you. Premier League survival is still very much the priority, but yet we find ourselves now one more win away from a trip to Wembley, and to get there we have to defeat *checks notes* Crystal Palace (Or “Palais de Cristal” as it is in French…probably) in the Quarter Finals of the FA Microsoft Umbrella-Corp Nestle Cereal Daz Doorstep Challenge Shinra Cup.

We’ve played Palace once already this season of course, with them making easy work of us when we visited Selhurst Park. I don’t wish to offend any Palace fans that might be reading this, but Selhurst Park is probably one of the very worst stadiums in all of top flight football. I’ve genuinely been to non-league grounds with nicer facilities, although pissing in a trough in a shed might be good practice for us if we do eventually end up relegated and in The Championship next season. Palace are comfortably mid-table and recent held the all-conquering Man City side to a very respectable 0-0 draw, so we will definitely be the underdogs in this one. Palace have been managed very well by Patrick Viera and they have a solid selection of players to choose from, with Christian Benteke always waiting in the wings to give us a bloody nose.

I thought it was a pretty rotten draw when I saw it to be honest, even though there were more difficult teams we could have gotten, as it’s a ground we normally either draw or lose at and the rise in the cost of living meant that I couldn’t really justify a trip down to London on a Sunday afternoon when I have things like food and heating to pay for. It’s kind of inconsiderate of my body that it requires those things in order to stave off a mild case of death, but what can you do eh? Regardless, Palace are above us in the Premier League table on merit and I fully expect this game to be a horrible slog. That doesn’t mean we can’t win of course, but it’s going to require the players to put in a good away performance, which I don’t think we’d have since that wild 1-1 draw with Chelsea when we had to put a bunch of kids in due to injuries and ailments.

I do wonder if Jordan Pickford will be reinstated after missing the Newcastle game or whether Asmir Begovic will continue his run as Cup Keeper. Honestly I kind of hate the whole premise of putting in another keeper just for cup games, but you have to keep the back-up goalie happy somehow I guess. To be fair to Begovic, I thought he did fine against Newcastle, although his distribution rivals that of Joel Robles for how terrible it is sometimes. Defensively we weren’t amazing against Newcastle but we weren’t terrible either, so maybe keeping that line-up wouldn’t be the worst idea. It’s so hard when it comes to that area though. Sometimes I wish we’d just put Patterson in there because he needs the minutes and asking Coleman to put in three games in one week with his age and past injury issues feels bonkers.

Anthony “Flash” Gordon continues to be one of our most exciting and passionate players, with his rip-roaring shot almost heading in against Newcastle were it not for a good save. Iwobi took his goal well and DCL got a lovely assist, whilst Allan’s red card was utterly ridiculous and he was playing well up to that point as well, which only made the slap in the face even worse. Can you imagine if that happened across the park and old Hendo got sent off like that? There’d be an inquest and that referee would never work again. I’m convinced now more than ever that they need to mic those refs up and we need to hear what they are saying to one another when they deliberate these VAR calls, just like how it happens in rugby.

Allan will be a big miss, although it gives Gomes a chance most likely. Honestly I’m more interested in a performance than anything else in this game. Getting to Wembley would be immense, but right now it’s all about staying up for me and if we lose here but go down honourably then I won’t be too dismayed provided we remain in the Premier League. The combination of that big win on Thursday and advancing further in the cup to potentially play one of the big teams at Wembley would be a real shot in the arm though at a time when spirits have been generally low. I can’t argue with the effort shown against Newcastle. We just need that effort every time, even when away from home. I’m sure the travelling away fans will do their best to motivate the lads.

This is a great opportunity for Everton, but what matters most is that we show up and have a proper go. If we lose after that then so be it, but we need to start performing away from home and turning up ready to play. We’ve shrunk too many times when away from home this season, it’s time we start playing with an extra bit of punch in our pouch.